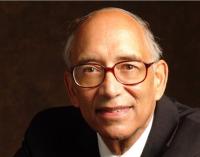 Professor Glasco has studied the history of Black Pittsburgh for over twenty years. He researched and narrated the recent exhibition on slavery in early Pittsburgh, “Free at Last?,” available on-line at http://www.library.pitt.edu/freeatlast. His principal publications include August Wilson: Pittsburgh Places in His Life and Plays (2011, with Chris Rawson), “Teenie Harris: A Biography,” in Teenie Harris, Photographer: Image, Memory, History (2011), The W.P.A. History of the Negro in Pittsburgh (2004), “Some Place Special: The Struggle for Civil Rights in Pittsburgh,” Freedom Corner 2001 Memorial Booklet; “Optimism, Dilemmas, and Progress: The Pittsburgh Survey and Black Americans,” in M. Greenwald and M. Anderson, eds., Pittsburgh Surveyed: Social Science and Social Reform in the Early Twentieth Century, (1996); “Double Burden: History of Blacks in Pittsburgh,” in S.P. Hays, ed., City at the Point (1989), Legacy in Bricks and Mortar: African-American Landmarks in Allegheny County (with Frank Bolden and Eliza Smith, 1995); and “Taking Care of Business: The Black Entrepreneurial Elite in Turn-of-the-Century Pittsburgh,” Pittsburgh History (Winter 1995/96).

Glasco is currently working on a biography of August Wilson, and appears in “The Ground on Which I Stand,” the 2015 American Masters documentary on August Wilson. Glasco appeared in the 2017 documentary on the history of jazz in Pittsburgh, “We Knew What We Had,” which appeared on PBS. Glasco is also working on a biography of K. Leroy Irvis, the African American Speaker of Pennsylvania’s House of Representatives.

He works to preserve historic Black sites in Pittsburgh as a member of the Board of Trustees of the Pittsburgh History and Landmarks Foundation and a member of Young Preservationists Association.