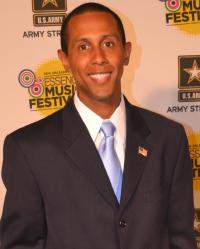 Lenny has appeared regularly as a nationally-renowned op-ed writer, political analyst, and media staple. Currently, he is featured on RedState as a contributor weekly. He also appears regularly on outlets ranging from Radio New Zealand and Sirius XM Radio to CNN, MSNBC, and Fox News. He has also been a featured speaker at events including the Pennsylvania Leadership Conference, and CPAC 2016. A former Visiting Fellow for the Center for New Politics and Policy at the University of Denver, Lenny was featured extensively as a political commentator during the 2008 Republican National Convention in Minnesota for several outlets including CNN, BBC World News, and BET.

Lenny was a featured panelist at the 10th Annual State of the Black Union in Los Angeles in 2009 and the 2012 Essence Music Festival political panel in New Orleans as one of the few Black Republicans to participate in both. Lenny was also a panelist in the 2009 CNN & The Root panel discussion titled: “Young & Black In America: Empowering the Next Generation of African American Leaders,” a discussion moderated by CNN’s Suzanne Malveaux during Congressional Black Caucus weekend in Washington, DC.