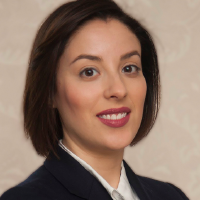 Ms. Snyder was born in the Overbrook Park section of the city. Her father is a military veteran who worked for the United States Postal Service for 30 years. Her mother is a teacher in the School District of Philadelphia. From a very young age, the benefits of hard work were instilled within Ms. Snyder. Ms. Snyder graduated from Pennsylvania State University in 2002. She went on to earn her J.D. in 2006 from Villanova University’s School of Law, where she was a Public Interest Fellow. Following graduation, she was admitted to the bars in Pennsylvania and New Jersey and has been practicing law ever since.

After clerking for the Honorable Carolyn Engel Temin in the Homicide Division of the Philadelphia Court of Common Pleas, Ms. Snyder served for five years as an Assistant Defender at the Defender Association of Philadelphia. She quickly made her way to the Major Trial Unit, trying serious felony cases before juries. Ms. Snyder was then an attorney at Fox Rothschild, LLP. Assigned to the Labor and Employment Division / School Law Section, she handled Special Education Law matters in the School District of Philadelphia. Ms. Snyder also has extensive experience in juvenile delinquency in Philadelphia, Delaware, Chester, and Montgomery Counties. She has used her knowledge of the Individuals with Disabilities Education Act (IDEA) and the Americans with Disabilities Act (ADA) to provide her criminal clients with a more dynamic representation.