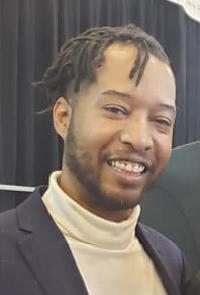 Marquis Lupton, is a Lancaster native (born & raised) and a 2002 graduate of Lancaster Catholic High School. Marquis spent the early part of his youth attending ER Martin, and Wheatland Middle School. Lancaster has helped shaped Marquis into the husband, and father of two daughters he is today.

After receiving his Bachelors of Arts in Communications from Shippensburg University, Marquis began his broadcasting career at WLAN, as well as rejuvenating the Lancaster County Young Dems (Marquis rallied around 300 to catch 5 charter buses down to Obama’s first inauguration). Yearning for more, Marquis enrolled into Morgan State’s Master’s program for media, to pursue a career in Television. Upon graduating from Morgan State with his Masters of Science, Marquis worked at CNN for the Pentagon Unit, where he sat in on Defense briefings daily with military personnel.

During this time period, Marquis also found time to campaign for Anthony Hardy Williams Gubernatorial run. Marquis enjoyed a news career that allowed him to have stints at CBS The Early show, CNN with the Situation Room with Wolf Blitzer, and many other local news stations along the East coast. Marquis has worked in the District office of Philadelphia State Rep. Brenden Boyle, and served on the Board of Directors for Philadelphia Public Broadcasting.