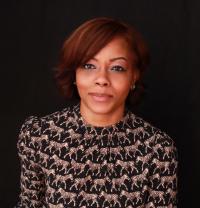 Shanda Sibley directs the Systemic Justice Clinic at the Sheller Center for Social Justice at Temple Beasley School of Law, where she works with law students on issues related to conditions of incarceration and the collateral consequences experienced by individuals who have had contact with the criminal legal system.

Professor Sibley’s scholarship focuses on criminal law and procedure, as informed by critical legal and critical race theory. She is particularly interested in seeking out places where making relatively small procedural or administrative interventions can produce substantial substantive benefits to criminal defendants and the criminal legal system. Her interests grow out of her practice as an appellate criminal defense attorney, investigations of overlooked areas of procedural discrimination, and a scholarly concern with engaging in subject areas that will both center and amplify the interests of traditionally marginalized and disenfranchised communities.

Before joining the faculty of Temple Law, Professor Sibley was an acting assistant professor and the Associate Director of Lawyering at New York University School of Law. Prior to entering legal academia, she was an appellate public defender representing indigent criminal defendants on direct appeal and collateral proceedings in New York City. Her earlier experience includes litigation and transactional practice at two international law firms, and a clerkship for the Honorable Eric L. Clay of the United States Court of Appeals for the Sixth Circuit.